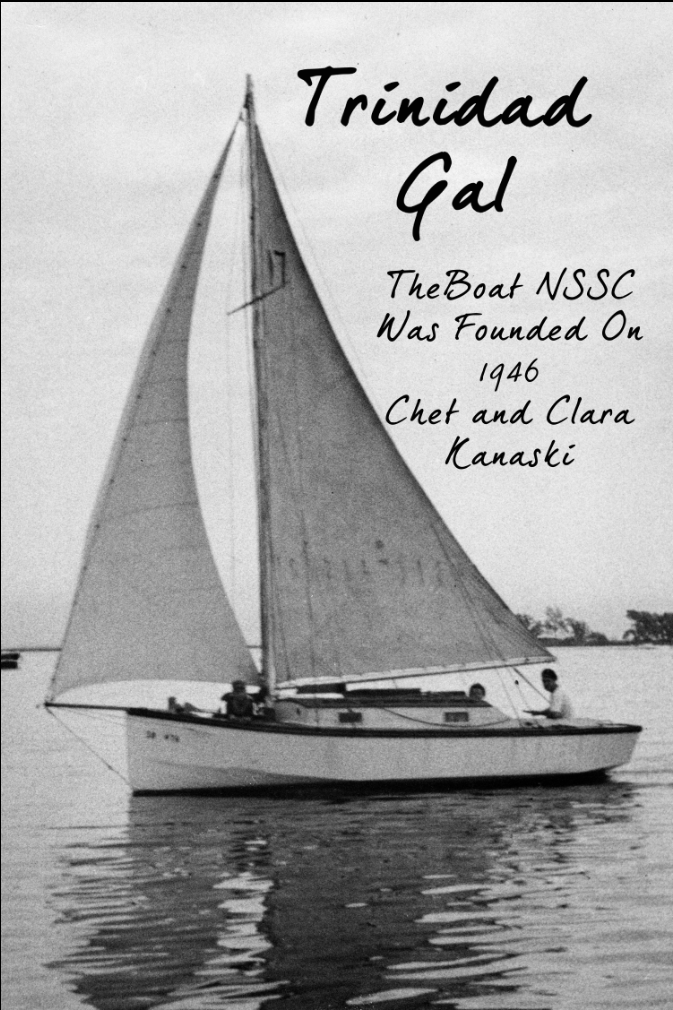 . . .  with water, sailboats and friends in the mid-1940s.  When a group of likeminded sailors started associating with each other at the same dock, the result was the decision to form a new sail club.  These folks had sailed around together, over to Wallaceberg, ON, over to Seaway Island, they had challenged each other to friendly races to Gaukler Light and to the freighter channel; they had enjoyed the camaraderie of talking about their boats and sharing their dreams.

The actual decision to form a club took place in the cabin of Charlie Walker’s sloop Trinidad Gal.  It was there they decided to do it; start a new Sail Club.  As news of the newly formed club spread around the boat yards, this small group quickly grew to 16 people.  One of the new members was Neil Hoyt, a boat builder and somewhat of a philosopher, suggested the name North Star Sail Club.  Another charter member was Mike Kerza, was appointed Secretary and Treasurer.  Much later, the first club historian, Jeff Ricardeau, owner of the Ricardeau Dance Studio of the Performing Arts and owner of the yawl Saba, was appointed as the first Commodore of NSSC. 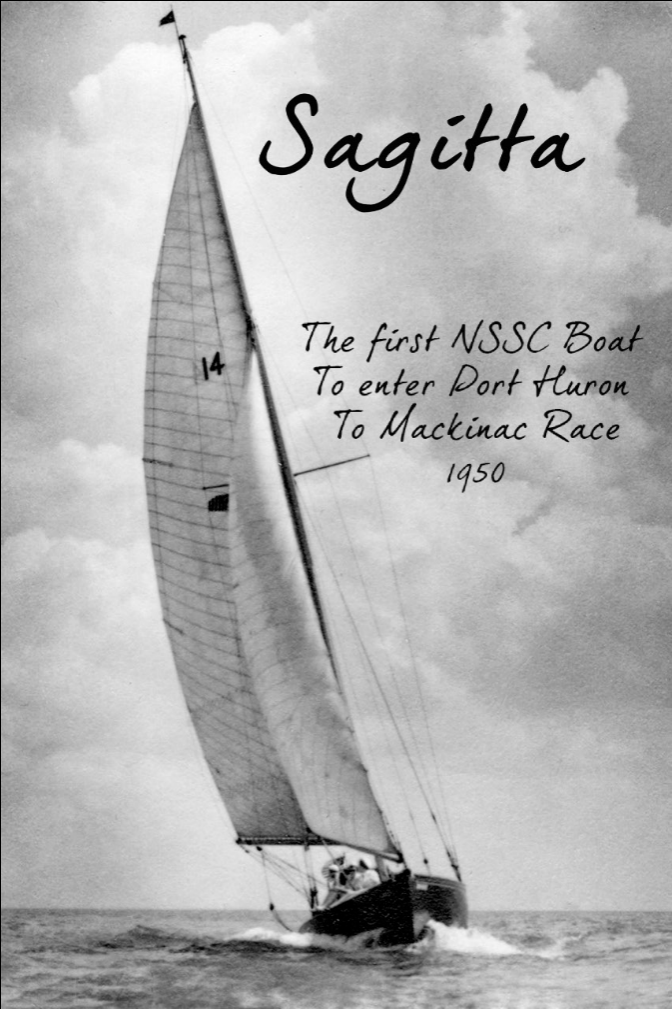 Our first home was a rented building at the end of the dock of St. Clair Boat Harbor off the Detroit River, today known as Sinbad’s.  In 1947, Racing and Cruising committees were formed, the membership increased to 27 and the first Commodores Ball was held in the basement of Chet Kanaski’s home.
The 1948 Commodore’s ball was a grand affair by comparison.  Held at the new Casino on Belle Isle, Commodore Don Cornwall was honored.  The only dark cloud was the scuttlebutt that our new home would soon be condemned by the city as part of their water front improvements.

In 1949, on condition that North Star build a club house that in 10 years would become the property of Emerald City Boat Harbor, a $1-a-year lease was arranged. Members “fell to” with enthusiasm and when they were done, that had erected a structure which stands today as a physical evidence that North Star Sail Club “once live here”. 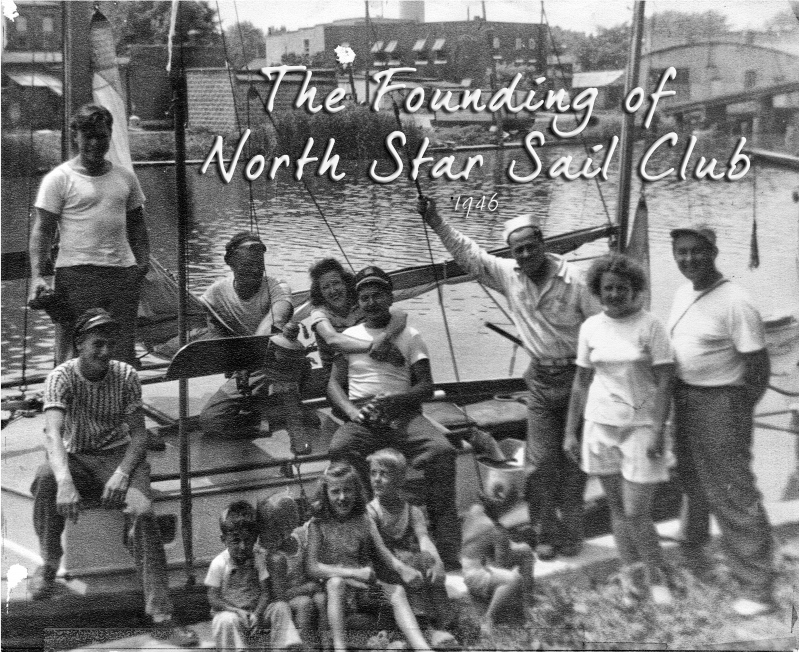 In 1957, the search began for a new location as far north as the Clinton River.  The final decision was made to purchase a small house and property on South River Road, in Harrison Twp. late that year.  The property was under developed and over grown but with hard work from the membership, they made it their home.

By the end of 1974, the decision was made to erect a new club house on our existing site off the Clinton River.  With trepidation, joy and sorrow the decision to remove the old structure and erect our new club house was not an easy one.  In 1975, the project began, assisted, managed and contracted by our members, the new, and current club house was finished that same year. . . . . and that, they say, is how it all began